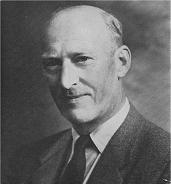 It is indeed a very great privilege for me to be sponsoring my very good friend, Dr. George Cockerham, as an honorary life member of the Potato Association of America.

George Cockerham was born in Clayton, Yorkshire, England, on November 18, 1908. After high school he attended the University of Leeds, and graduated with honors in 1929. His graduate studies were at the University of Edinburgh where he was awarded the degree of Doctor of Philosophy in 1937. His thesis was”Genetical and Physiological Studies of the Potato (Solamtm tuberosum)”. A portion of his thesis “Heritable possibilities of resistance to virus diseases” is a subject that George still has his hands on today. After his graduate work, in 1937 George joined the staff of the Scottish Plant Breeding Station where he had been affiliated since leaving the University of Leeds in 1929.

Dr. Cockerham’s studies have been in the field of breeding for resistance to virus diseases in the potato. His early work comprised (1) The resolution of virus disease complex, (2) testing existing varieties for resistance to potato viruses, and (3) interbreeding virus resistant varieties. More recently George has studied the mode of inheritance of various forms of resistance to virus in commercial varieties and wild potato species, and has synthesized from these, material suitable for breeding new
potato varieties.

It is with a great deal of pleasure that I present to you, in absentia, Dr. George Cockerham, and congratulate him on his election to Honorary Life Membership in The Potato Association of America — an honor he so richly deserves. 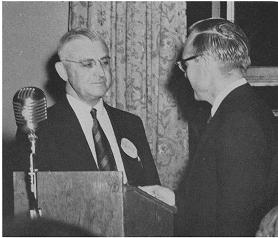 It is my privilege tonight to present Dr. D. J. MacLeod as a candidate for Honorary Life Membership in the Potato Association of America. When I was asked to perform this very pleasant task I thought that I would look into the history of the MacLeod Clan. I found that whenever an award of merit had been made to a MacLeod it was invariably accompanied by the music, sound, wail, or whine of the bagpipes. You have heard that delightful music tonight. Yet when someone, not connected with the organizing committee, suggested that pipe music be played, it was before any of us had knowledge that Dr. MacLeod was to be honored. The piper even wore one of the MacLeod tartans. Apparently the little people or leprechauns of the Western Isles of Scotland still look after their own no matter where they wander.

Academic Career – – Donald John MacLeod was born on a farm in 1894 some 60 miles east of Ottawa at Dunvegan, Ontario, where he spoke in Gaelic and in French before he knew that there was an English language. He graduated from Queen’s University, Kingston, Ontario, with a B.A. in lnedical bacteriology in 1921 and obtained his M.A. in 1923. Between 1921 and 1923 he was awarded three National Research Council Fellowships.

In 1937 D. J. MacLeod felt a need for more advanced knowledge in the narrow specialized field of potato viruses. He went to Cambridge, England, and studied under Dr. Redcliffe N. Salaman and Dr. Kenneth M. Smith at that tilne both outstanding in their respective fields of work, potato breeding and potato viruses. He obtained the Ph.D. from Cambridge on presentation of his thesis, “Mosaic Diseases Attacking Potatoes in Canada.” When I examined this thesis in the Cambridge University Library at the suggestion of a Brazilian colleague, I found it to be of 3 volumes of which 2 were wholly of excellent photographs — some 630 in all, and each painstakingly mounted. The word painstaking describes Dr. MacLeod’s approach to all of the problems that he investigated during his professional career.

Professional Career — In 1924 D. J. MacLeod came to Fredericton to take charge of the Laboratory of Plant Pathology for the Department of Agriculture in the Dominion Government, and he remained as Officerin-Charge until March 31 of this year. Dr. MacLeod retired officially on June 30, 1959 but he has been retained by the Canada Department of Agriculture until the end of August to write a bulletin on potato virus diseases. Consequently it is most appropriate that the honor you wish to bestow upon him be made at this time. From 1924 until about 1932 D. J. lVlacLeod tested potato seedlings for resistance to late blight and other potato diseases for both Dr. D. Reddick of New York State, and Dr. C. F. Clark of Maine and of the U.S.D.A. These seedlings included the eventual Katahdin and Chippewa varieties. He also cooperated extensively with Dr. D. Folsom of Maine.

In 1933 a potato breeding project was inaugurated at Fredericton consequent upon a report, and its recommendations, jointly made by D. J. MacLeod and L. C. Young. This report was based on information and materials obtained during visits to the prominent research workers and centers of potato breeding and related work in the U.S.A. Dr. F. A. Krantz of Minnesota and Dr. J. Johnson of Wisconsin were amongst those visited. That project has developed into Canada’s National Potato Breeding Project of today,and before his retirement Dr. MacLeod has seen some of the fruits of this project in the release of the five varieties — Keswick, Canso, Huron, Avon and Fundy.

The work that was developed under Dr. MacLeod at the Fredericton Laboratory over the years eventually covered investigations into most of the potato diseases of economic importance. Until recent years potato seed certification in this province also came under his direction. His contributions to literature have included bulletins on black-leg and potato scab, and articles on potato viruses, particularly purple-top. He is a Past President of the Canadian Phytopathological Society.

In his quest for advanced knowledge, and to give kindly advice to others seeking help, Dr. MacLeod has travelled extensively in Europe, U.S.A. and Canada. In 1956 he headed a 3-man mission to Venezuela to advise the Government of that country on potato problems. He also visited neighboring countries and made a pilgrimage to the supposed honle of the potato — Lake Titicaca.

In 1957 he was invited by the Government of Bermuda to investigate the virus diseases of lilies on these islands. D. J. MacLeod married Hazel Parks in 1927. They have one child, a daughter, who is a graduate with the masters degree in nursing from Yale University. Mrs. MacLeod is a painter, and an artist of some local repute.

Dr. MacLeod likes all things Scottish and consequently this attraction to the potato is innate. I am sure that he believes that to call the potato the Irish potato is quite wrong because although the Irish either like or had to like the potato, the Scot is its epicure. The Scots have contributed as much in recent years to the improvement of the potato as any other single country. In the Old World “Scotch seed” and the “best possible potato seed” are synonymous terms. It is therefore with great pleasure that I present to you Dr. Donald John MacLeod for your recognition. 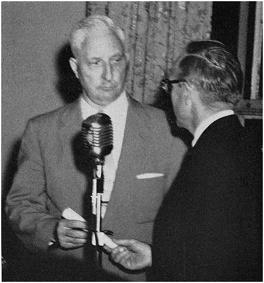 He worked on potato improvement during the above mentioned dates. First In 1946 he was transferred to Ottawa from Guelph and his scope of duties was widened to take in all of Canada. He is well known to potato people from coast to coast in Canada. He has travelled extensively in the United States and in 1958 attended and addressed the International Horticultural Congress in Nice, France. He had several invitations to visit other European countries but due to illness had to return to Canada. As many of you know he has worked untiringly for the benefit of the Potato Association for many years and held many offices and in 1958 was President.

I have been closely associated with Norm for many years and have always found him to be very cooperative. Norm is married and has three lovely children in addition to a marvelous wife, I might add that the children are all good looking and do not resemble their father too much. For a winter pastime he curls and from what I have been told is really good at the game.

I am pleased to present Norman MacLeod Parks for an Honorary Life Membership in our organization.