It is with much pleasure that I present Dr. Gustav H. Rieman to the Potato Association of America for Honorary Life Membership. Dr. Rieman was born on a family farm in Faribault, Minnesota. After attending the public schools, he entered the University of Iowa receiving a B.S. degree in 1926. From 1926 to 1931 he was associated with the U.S.D.A. During this period he received a Ph.D. degree from the University of Wisconsin in 1930.

Dr. Rieman served as Director of Research for Associated Seed Growers, New Haven, Connecticut from 1931 to 1936. He supervised and cooperated in the development and production of disease-free seed of superior vegetable varieties.

In 1936 Dr. Rieman began his potato improvement work upon joining the staff of the University of Wisconsin where he is currently Professor of Genetics and Plant Pathology. His primary responsibility has been in the breeding of new varieties of the potato and in the teaching and guidance of graduate students in Plant Genetics. In addition to the publication of many research papers, he has released or cooperated in the release of four potato varieties, Antigo, Red Beauty, Russet Sebago and a recently named one, Superior. His graduate students have been many, and the majority are working in the plant sciences or closely allied fields.

Dr. Rieman’s interest in and contributing to potato improvement have been much broader than his breeding program. Shortly after joining the staff at Wisconsin, he cooperated with others in reorganizing the Wisconsin Certified Seed Program. A key contribution of this reorganization was the development of a system for isolating and maintaining, on a University-operated foundation seed farm, limited quantities of diseasefree, high yielding clones of commercial varieties.

He was among the technical workers who have provided leadership in the development of two cooperative research programs, namely: The North Central Regional Project (NC-35), “Potato Improvement Through Parental Line Breeding”, and The Inter-Regional Potato Germ Plasm Preservation Project (IR-1).

He has been a tireless and devoted worker in the Potato Association of America. He has served as vice-president and president of the Association. His efforts contributed to the initiation of Sustaining Memberships which ave helped very substantially in improving the financial structure of the Association. He was among those who conceived the idea of the Potato Handbook and provided initial leadership in developing it.

Mr. President, as one of is students, it is a privilege and honor for me to present the name of Dr. Gustav H. Rieman to the Potato Association of America for Honorary Life Membership. 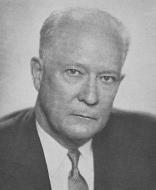 Dr. Julian C. Miller was born at Lexington, South Carolina, on November 29, 1895. He took his B.S. degree at Clemson College in 1921, taking time out from his studies to serve as ensign in the Navy during World War I. He was instructor at North Carolina State College from 1921 to 1923, at which time he returned to his native state as county agent in Orangeburg County for the following three years. He then accepted a graduate assistantship under Dr. H. C. Thompson, Head of the Department of Vegetable Crops at Cornell University, where he received the M.S. and Ph.D. degrees. After receiving the Ph.D. degree at that institution in 1928, he was appointed horticulturist at the Oklahoma Agricultural College and remained there until July, 1929, at which time he accepted his present position as Head of the Department of Horticulture at Louisiana State University.

When Dr. Miller came to Louisiana State University in July, 1929, there were only three other trained horticulturists in the state, one each in teaching, extension and at a substation. Today, there are 17 staff members at the main station, three at an outfield research center, six horticulturists in the Extension Service at the University and 7 county agents trained in horticulture. From one horticultural substation in existence in 1929, the number has grown to three with a staff of 12 well-trained individuals. During this period more than 200 students have been trained, most of whom have received the master or doctor’s degree at Louisiana State University.

Despite the enviable record of training students, Dr. Miller did not overlook his research program. He has over 150 publications, including bulletins and scientific articles, to his credit. In addition to potatoes, Dr. Miller has also initiated breeding programs with strawberries, English peas, Lima beans, snap beans, okra, onions, shallots, pumpkin, carrots, squash, hot peppers, sweet corn and in the fruit program in North Louisiana with peaches.

Dr. Miller was the first to develop a potato breeding program in the South. One of his introductions, Red LaSoda, is bringing the Irish potato industry back, which was considered as practically a lost industry in Louisiana. This variety ranks 6th in the amount of seed certified in the United States and is one of the leading varieties in the seed-producing states as well as the lower South.

Dr. Miller has served as president of the Potato Association of America and the American Society for Horticultural Science. He is listed in Who’s Who in America and in the American Men of Science. He was named Progressive Farmers Man of the Year for Louisiana in 1940, Man o[ the South in 1947, and Vegetable Man of the Year in 1957. He is National Regent for Phi Kappa Phi. In June 1961 an honorary Doctor of Science Degree was conferred on him by Clemson College.

I consider it an honor and a pleasure to present Julian Miller for Honorary Life Membership in the Potato Association of America. 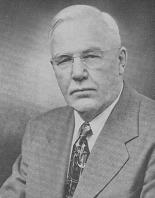 The story of Sam Kennedy starts in 1883 when Sam was born the fifth and youngest son of a creamery operator. The family lived in Shellrock, Iowa at the time, but the father’s business took them to many areas before settling down in Clear Lake, Iowa early in 1901. Sam started work at 15 on the railroad, but changed jobs as often as the family changed towns. In 1901 Sam and an older brother Robert went to Kansas in a covered wagon where they plowed up fifteen acres of buffalo grass to plant beans and corn. By fall the corn still hadn’t germinated so Sam and Robert went back to Iowa. The following spring Sam planted 10 acres of potatoes, and with one horse started his vegetable growing career. At first, most of the crop was sold locally, but by 1907 Sam had shipped his first car of Early Ohio’s to Chicago.

A turning point occurred about 1912 for Sam Kennedy. At that time, onions were grown .on mineral soil and purslane was the main weed problem. With a wheel hoe, one man could cultivate less than an acre per day, and this limited his operation to about ten acres. Cultivators at this time were unreliable, so Sam designed, built and patented a cultivatorwhich worked almost as well as the wheel hoe. This cultivator was pulled behind a Model T Ford with a shortened wheel base, and would do about 20 acres a day. At the end of the First World War, the Hollandale area in Southern Minnesota was opened and large yields of onions and potatoes were being realized. Sam, always ready to try anything which would increase production without increasing costs, rented 40 acres of peat south of Clear Lake. This Iand was planted mainly to potatoes and flax, but one acre was planted to onions and proved so successful that by the mid 1920’s, Sam had shifted his main operation to peat land. Another factor in the success of the Kennedy operation was Sam’s understanding of the need to spray potatoes. In the 1920’s, many Iowa potato growers went out of business because they failed to control the potato leaf hopper. Sam started spraying early in the 1900’s with a hand pump fixed to a 50 gallon barrel on wheels and drawn by a horse. Copper sulfate did a fair iob of controlling the leaf hoppers and lead arsenate and Paris green were moderately successful. The important thing was to spray early, spray late and spray all the time.

By 1930, the reputation of the S-K brand was well established. Sam was honored at home with the award, “Master Farmer”, and he was recognized nationally by being asked to testify in Washington before the Agricultural Appropriations Committee. This was the first of many trips, always at his own expense, but Sam knew the only way to solve many of the problems facing the vegetable grower was to get more mony for research and breeding. Altogether, he and his sons have made twelve such trips and the best way to judge the success of their efforts is that before they went, the money wasn’t, and when they came back, it was. Both of Sam’s sons returned after the second World War to work on the farm. Jim had his degree in Mechanical Engineering, and Jack won his in Agricultural Engineering. With their help, much of the work was mechanized and the acreage expanded. In 1948 the entire harvesting and storage handling of onions and potatoes was changed to the pallet system. Previously, onions had been bagged by hand in the field and the bags placed on shelves in storage. The new system eliminated all this work and kept handling of the product to a minimum thereby reducing losses from bruises, wounds and rots.

In 1949, Sam and the two boys formed a partnership under the name Sam Kennedy and Sons. In 1952 the firm grossed over a half million dollars in sales and today the Kennedys have 1000 acres in vegetables. This is the result of sixty years hard work starting with 10 acres and one horse.

Sam is most proud however of something other than his attractive home, the vast acreage, the modern storage and the sheds of machinery. He is most proud of the four stars after the firm’s name in the Packer Red Book. These four stars mean that he has kept a reputation for honesty, quality and integrity for over fifty years with all kinds of customers.

Gentlemen, as a staff member from Iowa State University and one who has had an opportunity to work closely with Sam and his boys for the last fifteen years, it is an honor, a real pleasure and a distinct privilage to present Sam Kennedy’s name as a candidate for your Honorary Life Membership recognition.