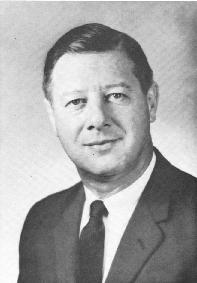 It is a distinct honor and privilege for me to present my good friend Dr. Arthur Hawkins. Dr. Hawkins was born in McKeesport, Pennsylvania, but his interest in agriculture started from the time that he lived and worked on his father’s farm in New Jersey. He later attended Rutgers University where he earned his Bachelor of Science Degree in 1933, his Master of Science Degree in 1936 and his Doctor of Philosophy Degree in 1943. His major interests during his academic career were in the fields of agronomy, soils, and plant physiology.

During the period 1936-1943 he served as Assistant Agronomist for the Maine Agricultural Experiment Station where he conducted experiments on absorption of major nutrients by potatoes. As a soil scientist for USDA he studied the fertility status of Aroostook County potato soils from 1943-1948.

In 1948 he become Professor of Agronomy and Potato Specialist at the University of Connecticut where he is presently employed. In January of this year Dr. Hawkins was honored by the Connecticut potato growers at a testimonial dinner for 20 years of dedicated and faithful service to the industry, The administration of the College of Agriculture and the growers spoke with high commendation of his efforts, his capabilities and his congeniality at the time the honor was bestowed upon him. Art is considered one of the foremost authorities on potato fertilization in the eastern part of the United States. He has worked and published extensively on source, rate, and placement of fertilizers for potatoes.

He developed one of the first belt attachments for accurate distribution and placement of weighed quantities of fertilizers in experimental plots. His was the prototype for most of the present models. He is also engaged in research with chemical weed control, seed spacing and variety testing. As a member of The Potato Association of America he has been extremely active and has served in many capacities since the days when it was just a small organization. He became a director in 1948, vice president in 1952 and president in 1954. He helped in launching the first Potato Handbook in 1956 and was instrumental in developing sustaining memberships in our organization.

In addition to The Potato Association of America he belongs to the American Society of Agronomy, Soil Science Society of America and Sigma Xi. Art and his charming wife Ada have been very active at our annual meetings during the past several years. His quick wit and dry humor together with his smiling face and hearty handshake are attributes we all enjoy in Art Hawkins. He is well deserving of The Potato Association’s highest honor.

Mr. President, I am pleased to present Dr. Arthur H. Hawkins to The Potato Association of America for Honorary Life Membership. 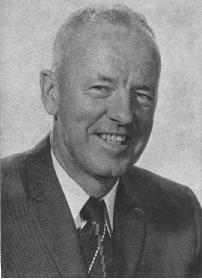 Mr. President. honored guests, and members and friends of the Association. It is both an honor and a pleasure for me to propose Dr. William G. Hoyman for Honorary Life Membership in the Potato Association of America.

William, better known to all in potato work as “Bill,” was born April 4, 1905, in Clarence, Iowa, the son of Elmer and Jeannette Greig Hoyman. He grew up on a farm and quite naturally turned to the field of agriculture for his life’s work. Bill began this work by taking his B.S. degree in Zoology at Coe College, Cedar Rapids, Iowa. In 1932 he received his M.S. degree in Genetics from Iowa State University and in 1940 was granted his Ph.D. in Plant Pathology from the same institution.

During his academic career he won many honors, including election to several scholastic societies. Throughout his career Bill has served as either member or elected officer of several scientific committees and societies, including service as Vice President, President-Elect, and President of our own Association in the years 1962 through 1964.

For two years during World War II he participated in the Plant Disease Prevention Project of the Department’s Plant Disease Survey. He then joined the North Dakota Agricultural Experiment Station staff at Fargo. He remained at Fargo for about 12 years serving in several capacities in both State and Federal work. For the past 10 years he has been working on potato problems for the U. S. Department of Agriculture and is stationed at Prosser, Washington.

Bill has greatly aided potato production in the western States by the quality of his research, his extensive and practical knowledge of the crop, and his interest in solving potato disease problems. He is a conscientious and diligent research worker, highly respected by his fellow workers and by industry for his ability and accomplishments. A long list of credits belongs to him, and he has published the results of his research in some 75 papers.

Bill has recently studied the effect of systemic insecticides on yield when they are used where certain diseases are prevalent, particularly Verticillium wilt. He has had a vital role in establishing a seed evaluation project that has provided an improvement in the quality of certified seed planted in Washington and the elimination of leafroll as a major disease problem in the area. This work alone has meant a saving of millions of dollars to the Washington potato growers.

Over the past 20 years Bill has collaborated in the release of the Early Gem, Norland, Nordak, Norgleam, and Reliance potato varieties. Bill” has also worked on the control of Fusarium seedpiece decay and the proper application of foliar fungicides.

Bill is happily married to Sarah Enger Melhus and they have three daughters. We understand that he is quite a devotee of the game of golf. We have no record of his skill or score in this game. However, judging from his lifelong devotion to his research work we can only say his game must be as excellent as the research qualities for which the Association is honoring him tonight.

Mr. President, it is an honor for me to present William Greig Hoyman for Honorary Life Membership in The Potato Association of America. 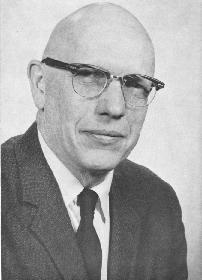 The Potato Association of America has selected Dr. William J. Hooker for the award of Honorary Life Member. I am pleased to present him to the President and membership at this time.

Dr. Hooker was born and raised in Sycamore, Illinois. He received a bachelor’s degree from Northern Illinois State Teacher’s College, an M.S. degree at Purdue, and the Ph.D. degree in Plant Pathology from the University of Wisconsin. After brief service on the staff at Wisconsin and with the California Packing Co., Dr. Hooker was appointed to the Plant Pathology staff at Iowa State College. It was at Iowa State that Dr. Hooker’s research focused on fungal and bacterial diseases of potato. In 1955, Dr. Hooker moved to East Lansing to join the staff in Plant Pathology at Michigan State University, where he is now professor and member of the graduate faculty. His research for the past decade has centered on viruses and virus diseases. He is widely recognized for his achievements in this field, and was a participant in the 4th International Conference on Potato Virus Diseases at Braunschweig, Germany, in 1959. In 1964, Dr. Hooker participated in The International Symposium on Host Parasite Relations at Budapest, Hungary; and this year he served as consultant to the government of Argentina on virus problems of
potatoes, working at Balcarce and Buenos Aires.

During these years of academic achievement. Dr. Hooker has given counsel and guidance to numerous students, and has cooperated in both fundamental and applied programs with his many colleagues. He has served as secretary, vice-president, and president of the Potato Association of America, and is an active participant in the meetings and business of the Association. Bill’s wife, Frances, and their three children are well known to the members of the Association through their frequent attendance at annual meetings. They are unable to attend tonight, but I am sure they share my pleasure in presenting Dr. William J. Hooker for Honorary Life Membership in the Potato Association of America. 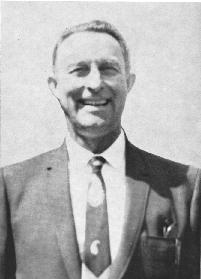 Melvin Rominski is a native of Wisconsin having been born in Butternut in 1911. Following his graduation from High School there, he attended the Ashland Normal School and subsequently taught in a country school for two years. His love of plants and the outdoors led him to the University of Wisconsin where he graduated from the Short Course and where he promptly became an Assistant in the Department of
Agronomy.

It was in 1942 that he accepted the position of Seedsman with Starks Farms at Rhinelander working with Lelah Starks, a longtime friend and Sustaining Member of the Potato Association of America. Her tutelage in seed production stimulated Melvin’s interest and enthusiasm in the development of improved seed stocks. His sharp attention to detail in his indexing, testing, and disease work is balanced with sound practical judgment so necessary to the success of a large seed production operation.

He has attended the Potato Association meetings regularly for many years, and it is interesting to note that here is one man who listens to the research reports and then applies the results in practice. Melvin has also been unselfish in the time he has devoted to community affairs and to young people. He was recently cited for his thirtysix years of work with 4-t-I youth. As a member of his local school board, he was active in getting a new school built. He is also a board member of the Rhinelander Union High School. Melvin is presently a Director of the Wisconsin Potato and Vegetable Growers Association and Agricultural Representative of the Upper Midwest Research and Development Council. He has judged potato exhibits at fairs throughout the state for many years.

Many of us know Melvin as a fine cooperator on problems of research. Each year he has several plots involving research on a wide range of problems in potato breeding, disease and quality factors. He can be depended upon to handle many of the details accurately, thoroughly, and confidently. As one might expect, his hobby is gardening and with this he maintains an extensive collection of potato varieties.

Melvin and his wife, Janet, have one son and two daughters. It is my particular pleasure to present Melvin Rominski for Honorary Life Membership in The Potato Association of America.