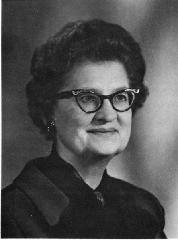 It is indeed an honor and a pleasure for me to present Dr. Mary V. Zaehringer for Honorary Life Membership of The Potato Association of America.

Mary, as most of her friends call her, started working on potatoes in the mid-fifties and was continuously involved in research on potatoes until her retirement in April 1976. She is well-known for her exceptionally high standards for planning, executing and reporting research. Her work is nationally and internationally recognized and she has been widely cited by other researchers.

As a result of Mary’s mother passing away, her professional career started a little later in life than that of most of us. At this time she stopped her university education and became responsible for raising her younger sisters. With this task completed, she returned to her education and completed her B.S. degree in 1946. She then entered graduate school at Cornell and received her M.S. and Ph.D. degrees in Foods in 1948 and 1953 respectively. After spending one year at Montana State University, she came to the University of Idaho as head of the department of home economics research. When the department of home economics research was combined with the department of bacteriology and biochemistry, Mary became research professor with the department with her main emphasis on food research.

As a result of her research, she has authored or co-authored over fifty publications with over twenty of them directly concerned with potato quality and potato constituents. She was responsible for the sensory evaluation of potato texture for a USDA contract with the Western Utilization Research and Development Laboratory at Albany, California. During her sabbatical some six years ago, she spent the time as an affiliate professor at the Potato Research Laboratory at Wageningen, The Netherlands.

Mary has been a strong supporter and long-time member of the PAA. Four abstracts and ten research papers bearing her name have been published in the American Potato Journal. She has served on several PAA committees, in fact, this year she is on the site-selection committee. She is a member of the Institute of Food Technology, American Association of Cereal Chemists, American Chemical Society, Idaho Academy of Science, and American Society for Horticultural Science. Her achievements have resulted in election to Sigma Xi, Kappa Delta Epsilon, and Omicron Nu. Her biography is listed in American Men of Science, Leaders in American Science, Who’s Who in the West, and Who’s Who in American Women.

Mary has, and certainly deserves, the respect of her coworkers and the potato and food industries for her excellent research work in the fields of nutrition, quality, and sensory evaluation and it is indeed a privilege and an honor for me to present Dr. Mary V. Zaehringer to The Potato Association of America for honorary life membership. 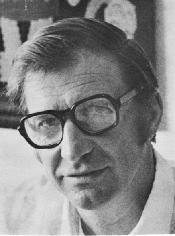 Dr. Richard L. Sawyer, Director General of the International Potato Center in Lima, Peru, has had a very active, interesting and productive career in a number of areas with potatoes as the principal theme. He is a native of Maine and preceding his college training served in the U.S. infantry in the European Theater during World War II, was wounded in action, was captured and held a prisoner of war in Germany. Later he received his B.S. degree at the University of Maine and the Ph.D. at Cornell University.

He was Professor of Vegetable Crops at Cornell University from 1953-1966, Professor of Horticulture at North Carolina State University 1966-1972 and since 1971 has served the potato industry of the world in his present position as Director General of the International Potato Center. His foreign experiences are numerous and varied. For several years he served as agricultural chemicals consultant for Pittsburgh Plate Glass Company in the U.S., Canada and Europe exploring potential markets and helping establish research and demonstrations for a growth regulator on ptatoes. He was consultant on the North Carolina State University AID Contract, surveying potato research programs in Uruguay and Peru to determine the feasibility of potato storage in these countries; also a consultant with AID in Chile and Brazil to determine if the commodity programs utilized in Peru had application in these countries. For five years he was Co-leader of the National Potato Program of Peru and Leader of North Carolina/AID Potato Program in Peru. He has served as a consultant for the U.S. Government and commercial industry on physiological and storage problems with potatoes in Switzerland, France, Germany, The Netherlands, Great Britain, Sweden, Canada, Peru, Chile, and Uruguay.

In recent years he has been concerned mainly with food production problems in developing countries where potatoes are important. He developed the idea of an International Potato Center and gave it life as a part of the network of research centers being established. This culminated in the establishment of the International Potato Center in Peru with global responsibility for potato improvement in developing countries. Within the four year period of its funding, it has become one of the five older established centers in the network sponsored by the Consultative Group on International Agricultural Research which includes the Rice Institute in the Philippines and the Corn and Wheat Institute in Mexico. Under Dr. Sawyer’s direction, there is a team of over. 60 scientists working at the Center in Peru and research scientists located in seven regions of the world, including the Far-East, Mid-East, Near East, Africa, Central and South America. The present budget of the Center probably involves a greater investment in potato research than in all of the countries of Europe and North America combined.

Dr. Sawyer has published more than 150 scientific and popular articles concerning research with potatoes and its application and co-authored numerous articles on research with other vegetables. He received the Leonard H. Vaughan Research Award from the American Society for Horticultural Science for the best vegetable publication of the year to present new discoveries and show commercial importance and practical application.

In addition to membership in our Association, Dick also is a member of the European Association for Potato Research, American Society of Plant Physiologists, American Association for the Advancement of Science, Alpha Zeta, Phi Kappa Phi and Sigma Xi honorary societies. He served as President of our Association in I%5. Prior to that office, he served as Vice President and two terms as secretary. He is a member of the Board at the Wageningen International Potato School in The Netherlands and presently is involved in initiation of action between the Land Grant Colleges and the Centers as Title 12 becomes activated.

I take great pleasure in presenting to you Dick Sawyer as Honorary Life Member of The Potato Association of America.