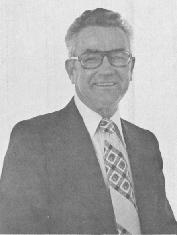 We are pleased to present Mr. Earl F. Spencer for Honorary Life Membership in the Potato Association of America. Earl Spencer was born January 1, 1915 at Burden, Kansas. In 1919 his family moved to a farm near Jerome, Idaho where he grew up and received his elementary and secondary education. He graduated from Jerome High School at the height of the great depression.

Although there was little money available, he decided to go on to college. By working as a ranch hand, sheep herder, or whatever job he could find he paid for his education. He graduated from the University of Idaho in June 1940 with B.S. degrees in Agronomy and Agricultural Education. His first job following graduation was teaching school at Shelley, Idaho where he met and married Barbara Young.

As high school vocational agriculture instructor at Shelley from 1940 to 1946, Earl taught courses in potato production and disease control. He initially became involved in potato seed certification as a field instructor for Idaho Crop Improvement Association during the summer months of 1944 and 1945. In 1946 he was employed full time by Idaho Crop Improvement Association in charge of crop certification in eastern Idaho where potato seed was, and still is, concentrated.

Earl was appointed assistant manager of the Association in 1967 in charge of potato certification for the entire state, the position he held until his retirement in January 1977. From the very beginning of his employment with Idaho Crop Improvement Association, Earl sought to improve Idaho’s certification program, one of the nation’s best. He studied Idaho’s program and problems and those of other states and countries. He played a leading role in the adoption or adaptation of parts of some programs and originated others. He worked constantly for lower, practical disease tolerances, changes in rules, regulations, and procedures for improving Idaho’s certified potato seed.

Many of his recommendations were adopted, to his credit. Earl collaborated and worked closely with the University of Idaho in developing and maintaining its Foundation Potato Seed Program. He was instrumental in the introduction and expansion of “Virus-Tested” seed into Idaho’s certification program. Under Earl’s guidance and supervision, certified potato seed production increased from 6,581 acres in 1946 to a record 73,336 acres in 1976. He constantly exhorted potato seed growers to take pride in their product and to produce the best potato seed possible. He untiring effort and devotion to potato seed improvement has been largely responsible for recognition of Idaho’s potato seed certification program as one of the best in America.

Early in his tenure and throughout his employment by Idaho Crop Improvement Association, Earl schooled himself in potato disease symptom expression. He has gained the reputation as a leading authority in recognition of disease, particularly in the Russet Burbank variety. Additionally, Earl gained valuable and practical seed production experience during a ten-year period in which he grew foundation potato seed himself and for another seventeen years growing foundation and certified seed in conjunction with his farm renters. During all this time he freely shared knowledge gained from his personal experiences with seed growers and others involved in potato seed improvement throughout the country.

Earl has been a member and staunch supporter of the Potato Association of America for over 30 years. He is a charter member of the certification section of P.A.A. and has made valuable contributions to the section’s programs and goals for standardization and improvement of potato seed throughout the Americas. It is a distinct privilege and a pleasure to present Earl F. Spencer as an Honorary Life Member of the Potato Association of America. 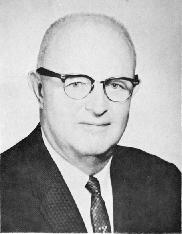 Mr. Rodney C. Hastings was born March 23, 1898 at Verndale, Minnesota. He completed his high school education at Wadena, Minnesota and after finishing high school he worked for one year at a bank at Ironton, Minnesota. Later he attended the University of Minnesota and graduated with a B.S. degree in Agriculture in 1922. After graduating from college he spent some time working for the Minnesota Department of Agriculture and the U.S. Veterans’ Bureau Farm Placement and Trainee Program. In June, 1929, he joined the staff at North Dakota State University, then known as North Dakota Agriculture College, under Dr. H.L. Bolley. For several years he worked on establishing potato grades and potato and grain certification with Dr. Bolley and in 1934 he received his M.S. degree in Agriculture at North Dakota State University. In 1939 he was placed in charge of the State Seed Department as State Seed Commissioner.

During his tenure as State Seed Commissioner he was one of the first to recommend and was instrumental in promoting the padding and rubberizing of potato harvesting equipment to eliminate bruising. He promoted the system of greenhouse and southern winter testing of North Dakota Certified Seed potatoes and is an author of several papers on potato diseases and control and potato grade defects. One of his most significant achievements was his role in establishing an “elite” seed area in western North Dakota and the use of anti-sera tests for viruses S, M and X. Mr. Hastings spent much of his time reading test plots at Homestead, Florida for diseases. Indeed, he promoted North Dakota certified seed potatoes and put North Dakota on the map as one of the states to produce high quality seed that would benefit both the buyer and the seller.

Mr. Hastings was with the North Dakota Seed Department for 39 years and retired in 1968. Since retirement he and his wife, Beth, have traveled extensively and live at 1612 South 9th in Fargo, North Dakota, or Detroit Lakes, Minnesota during the summer and in California during the winter. They have two sons; Robert, who farms near Felton, Minnesota, and Dr. Donald Hastings, a veterinarian at Mandan, North Dakota. Mr. Hastings has several grandchildren and great-grandchildren.

It is indeed an honor and pleasure to present Rodney C. Hastings to the Potato Association for Honorary Life Membership. 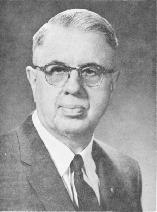 I am honored to nominate Mr. Floyd Lower, county extension agent emeritus, Lisbon, Ohio, for Honorary Life Membership in the Potato Association of America. Mr. Lower has been a PAA member for many years.

Mr. Lower started his county agent career in Carroll County (Ohio) in 1920. From there he moved to Columbiana County in 1925 where he served as county agent until his retirement in 1963. He graduated from the College of Agriculture at the Ohio State University. While he was a county agent, he developed educational programs for potato growers and allied industry groups. He pioneered in the use of industry advisory committees to develop special educational programs.

In 1930, he established potato source of seed demonstration plots. Later these plots were expanded to include various potato cultivars from breeders in the United States and Canada. In 1963 when he retired as county agent, he was asked to help with the statewide cultivar evaluation plots for the Ohio Agricultural Research and Development Center. He has given day-to-day supervision of these plots in eight different locations in Ohio. He has cooperated with other research and extension workers on preparation of cultivar reports which are widely distributed to various breeders and others interested in potato cultivar work. He helped organize the Columbiana-Mahoning Potato Growers Association. This organization was one of the forerunners of the Ohio Potato Growers Association.

Mr. Lower has not restricted himself to agricultural activities alone, but has contributed much to community service. Since retiring as county agent, he has served as executive secretary of the local Chamber of Commerce. He has been an active member of the Columbiana County Planning Commission and the County Health and Safety Council. In 1962, he served as president of Ruritan National.

Perhaps his many accomplishments are best summarized by the comments of one of his longtime friends: “Mr. Lower has a unique ability to get people to help themselves and to take an idea and develop it beyond all expectations.”