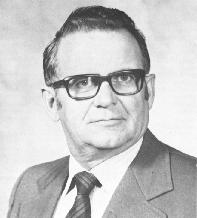 It is a pleasure to nominate Mr. Paul N. Mosher from Bangor, Maine for Honorary Life Membership in The Potato Association of America. Mr. Mosher was born in Wilton, Maine on June 7, 1918 and received his secondary education at Wilton Academy. In 1941, he earned a B.S. degree in Dairy Husbandry at the University of Maine at Orono and, in 1961, an M.S. in Agronomy from the same University.

Since 1962, Paul’s career has been devoted almost exclusively to the potato industry. After 32 years of dedicated service with the Cooperative Extension Service at the University of Maine, he retired as Extension Educator and Extension Potato Specialist, Emeritus in 1976 and accepted a year’s appointment as a field representative for The Potato Board. He is currently an agricultural consultant working primarily with Maine potato growers.

Through Mr. Mosher’s initiative and capable leadership, innumerable programs were developed which have modernized Maine’s potato industry and have been duplicated throughout the nation. His ability to encourage potato growers to improve their growing, handling, and storage methods has been outstanding. He has initiated many cultural concepts to improve the quality of Maine potatoes, especially as related to Late Blight Forecasting, Aphid Alert Program, Rogueing Schools, and the proper usage of insecticides, herbicides, and fungicides. He has organized and led countless meetings and workshops with potato growers and area potato specialists, and has disseminated the latest information regarding the various aspects of potato fertilization, seed piece size and spacing, cultural practices, pest control, inspection of mechanical harvesters, and storage concepts. These programs resulted in increased yields, improved quality, and economic benefits. Paul’s continuous and untiring efforts have seldom been equaled.

Paul has been a faithful member and enthusiastic supporter of The PAA since 1954. During this interim, he served as a director of the Association for six years, was active on several of its committees of which he chaired three: PAA Improvement, PAA Extension, and Local Arrangements for the Annual Meeting held in Maine in 1965. In 1972, Paul was elected President of The PAA, contributing admirably with his sincere and calm approach. His dedication to The PAA has been commendable.

It is an honor and a privilege to present Paul N. Mosher for an Honorary Life Membership in The Potato Association of America. 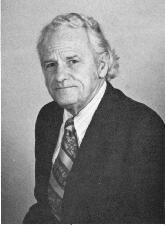 Dr. L.W. Nielsen was born April 23, 1910 and reared on a diversified, irrigated farm at Weston, Idaho with seven siblings. His primary and secondary education was obtained in local public schools where he developed an interest in agricultural sciences. This interest led to a Bachelor’s degree in botany and a Master’s degree in plant pathology at Utah State University. The doctoral degree in plant pathology was obtained at Cornell University in 1941 with minors in plant physiology and chemistry.

His research experiences in the ecologically different potato growing regions provided an opportunity to observe a large number of potato diseases and make contributions to alleviate losses from some. In Idaho it was found that early dying of potatoes was due to Verticillium wilt, that malformed tubers (dumbbells, bottle necks, etc.) resulted from suppressed plant growth during tuberization associated with drought, frost, etc., and that seed tubers are frequently contaminated with spores of tuber rotting Fusaria which infect and decay seed pieces. This resulted in poor stands of weak plants that had a greater incidence of blackleg. Fusarium seed piece decay is also a problem in North Carolina with seed tubers produced in North Central and Eastern states and Canadian provinces. In cooperation with a Maine investigator, the tuber borne fusarial inoculum was effectively destroyed by fungicidal treatment of seed tubers before or after shipment to North Carolina. The warmer climate during late plant growth and harvest in North Carolina provides conditions favorable for warm temperature diseases such as Southern stem blight, bacterial wilt, and bacterial soft rot. It was demonstrated that tubers are rendered more susceptible to bacterial soft rot in transit if they are exposed to sublethal temperatures (solar irradiation) before shipment, and to anaerobic conditions in transit or saturated soils before harvest. Under anaerobic conditions, it was confirmed that the soft rot and blackleg bacteria are borne in tuber lenticels. Soil treatments were found impractical to control Southern bacterial wilt, and over a 20-year period, in cooperation with plant breeders, only partial success was achieved in discovering and selecting resistance to the pathogen in Solanum tuberosum.

Dr. Nielsen’s international experience and contributions were as a 9 Fulbright Research Scholar to New Zealand; an advisor for five years on potato disease diagnosis, disease resistance evaluation, and development of research projects at the Peruvian Agricultural Experiment Station and Agricultural University; and as a consultant to the Potato Bacterial Wilt Project Planning Conference in Costa Rica to formulate a program to develop wilt resistant cultivars from the resistance found in Solanum phureja.

In addition to research, he taught a graduate course for 12 years on Research Methods in the Plant Pathology curriculum at N.C. State University, and served on Advisory Committees of many graduate students. He has been a member of the American Institute of Biological Sciences, American Phytopathological Society, and The Potato Association of America, and a member of the honorary research and scholastic societies Sigma Xi and Phi Kappa Phi. 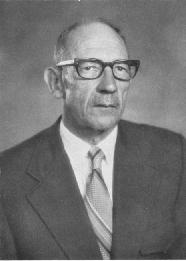 It is our pleasure to present to you Mr. James W Watts for the award of Honorary Life Membership in The Potato Association of America. Jim grew up on a general farm bear Berwick, Pennsylvania. After high school graduation he worked in the storages of the Wise Potato Chip Company (later to become Wise Foods) before serving in the armed forces in Europe during World War II. Following the war, he returned to Wise in 1945. He has been with Wise Foods for about 40 years, and now directs the handling and storage of several million hundred-weights of chipping potatoes yearly.

In 1952, after the Wise Company had expanded its Research and Development Department, Jim was appointed Assistant Horticulturist. At that time, we began our informal cooperation. After screening hundreds of seedlings and varieties, we were convinced of the potential for breeding better chipping varieties.

From that beginning, Jim has become a dedicated supporter of the total potato industry, a fact generally recognized by all. Of all of his contributions, perhaps his most significant impact has been in the development of improved chipping varieties. He has worked very closely with the breeding and variety testing programs from Maine to Florida. His special contributions have been, in addition to his own knowledge and enthusiasm, his talent for stimulating researchers of several disciplines to work together. He has been Mr. Catalyst for developing today’s successful cooperation among the researchers of the Eastern Seaboard. Jim’s local contributions, other than scientific, are numerous. Through his wide knowledge of the problems of both growers and processors, he has helped make each aware of the other’s problems.

Jim is married and has five children. Jim is a long-time member and willing supporter of The Potato Association of America. We wish him many more years as an Honorary Life Member.