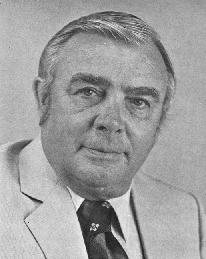 Robert H. Johansen was born July 26, 1922 at Grafton, North Dakota. He was raised on a potato, small grain and livestock farm near Edinburg with six brothers and two sisters. After graduating in 1940 from the Walsh County Agricultural School at Park River, North Dakota he entered what was then the North Dakota Agricultural College that later became North Dakota State University and majored in agronomy. Bob also played varsity football both in high school and in college. After his sophomore year he entered the Navy for duty during World War II. Returning to the campus he earned his B.S. degree in 1949. During this time Bob married Donna Mootz. They have four children (two boys and two girls) and two grandchildren.

The potato breeding program at NDSU under Bob’s direction has achieved outstanding success. He has probably introduced more cultivars than any other potato breeder in the United States. The first fr6m his program was Norland, introduced in 1957. Since that time ten more cultivars have been released. The most important of these have been Norchip, Norgold Russet, Bison, Crystal and Viking. Approximately 15070 of the U.S. potato acreage is planted to cultivars introduced from his breeding program.

Of course these cultivars are of much greater relative importance in the Red River Valley. Currently Bob has both a new red and a new russet selection which he feels may become very important to the industry. Part of his potato breeding success has been due to the excellent grower relationships he has developed over the years. This has enabled him to get grower input on selections early in their development and also to get adequate seed increase of new releases.

In addition to his many potato introductions Bob has contributed in other ways to the potato industry. He is coordinator of the North Central Regional Potato Trials, a service he has performed for some 20 years. Also, Bob has been author or coauthor of over 30 publications on potatoes. He has made a number of trips to South America and Mexico to promote North American potato cultivars and to encourage the use of North American grown seed potatoes. He has also travelled to Europe to observe the potato industry.

Bob has been an active participant in the Potato Association of America. He has served as Chairman of the Membership Committee, a Director, Vice President and from 1970-71 as President. Currently he is active in the Breeding and Genetics and Certification Sections of the Association. For his many accomplishments and contributions to the Potato industry and his work for the Potato Association of America, we are very pleased to bestow on Dr. Robert H. Johansen, Honorary Life Membership. 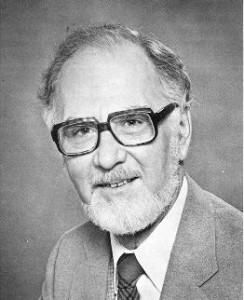 It is a pleasure to nominate Mr. Edward Franklin Johnston for Honorary Life Membership in The Potato Association of America. Mr. Johnston was born in Easton, Maine, and received his secondary education in the Easton school system. In 1953, he earned a B.S. degree in Agronomy at the University of Maine at Orono. In 1955, he completed his M.S. degree in Agricultural Economics at Pennsylvania State University.

Mr. Johnston started his research career as a member of the Maine Potato Handling and Research Center at Presque Isle, Maine in 1954. This team conducted research in handling, storage, grading, packing, and shipping potatoes. In 1968, Mr. Johnston continued this economic research at Orono, Maine as a member of the Agricultural and Resource Economics Department. Mr. Johnston has continued his potato economics research at Orono since 1972 and converted part of his time to teaching responsibilities at UMO. He has published numerous papers and bulletins on potato handling and economics.

Mr. Johnston has been a member of The Potato Association of America since 1955. In 1972, he was elected to the position of Treasurer and became a member of the Executive Committee. He has held this position continuously since 1972. His contributions to the PAA as an astute bookkeeper, investment officer, and budget director have increased the net worth of the Association significantly. In 1975, he was also selected to serve on the Editorial Board of the American Potato Journal

Mr. Johnston’s leadership, enthusiasm, and dedication to The Potato Association of America has certainly improved the stature of PAA as a professional organization.