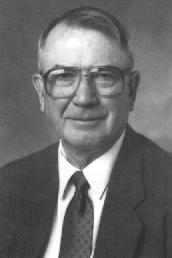 Florian I. Lauer was born in Farming, a small hamlet on Stearns County, Minnesota in September 1928. In 1946 he graduated from The School of Agriculture, University of Minnesota, St. Paul. Florian attended the University of Minnesota from 1947 to 1951 obtaining his BS degree with distinction in Science Specialization. Dr. Lauer continued his studies and received his doctoral degree in Horticulture and Plant Genetics in 1957. He has been with the University of Minnesota his entire career and is a Professor with the Department of Horticulture Science. Dr. Lauer’s primary research accomplishments have been in potato breeding and genetics with emphasis on use of exotic germplasm and resistance to pests. Specific topics included enhancement of S. andigena, factors affecting unreduced male gamete functioning; reciprocal differences in S. tuberosum-S, phureja hybrids, breeding behavior of S. chacoense-S, phureja hybrids, effective population sizes, breeding behavior of resistance to Verticillium wilt, and to green peach aphid. Other major accomplishments during Dr. Lauer’s career include:

Dr. Lauer has also been involved in advising graduate students and teaching responsibilities at the University of Minnesota. He has advised 16 Ph.D. and 10 MS students. His graduate students include students from the Philippines, Morocco, Jordan, Egypt and Lebanon. He also teaches an advanced course in Horticulture Plant Breeding and Breeding Asexually Propagated Crops.

During his career as a plant breeder he has released various cultivars that include Erik, Aggassiz, Reddale, Tolaas, Krantz, Eide Russet, Anoka, Red Ruby, and Itasca.

Other contributions from Dr. Lauer include the first report of a germplasm source capable of chipping from 40 F storage. He has also been very involved in potato germplasm preservation and utilization and has served as the North Central Region’s representative on the IR-1 Technical Committee, now the NSRP-6 Technical Committee, since 1958. He has also been on the Potato Crop Advisory Committee since its inception.

Florian has spent countless, unselfish hours working with seed growers in Minnesota. He teaches growers how to set up their own tissue culture facilities and greenhouses for private and commercial mini-tuber production. Several seed growers have said that Florian has gone beyond the call of duty for the endless hours of driving and countless days and nights spent away from home.

Florian has been very active in the potato industry serving as President of The Potato Association of America in 1991. He has received the Meritorious Service Award from the Red River Valley Potato Growers Association in 1987 and Researcher of the Year presented by the National Potato Council in 1991. He has also been invited to speak at several national and international meetings.

In August, Florian and Mary Ann will be celebrating their 40th wedding anniversary and have four children, Sarah, Sheila, Maureen and Paul. Because of Florian’s dedication and interest in the potato industry he will be long remembered for his intensive work in potato breeding and genetics. It is a great honor and privilege to present Florian Lauer for Honorary Life Member in The Potato Association of America. 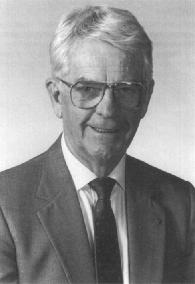 Transformation of the potato’s public image from ‘lust a starch” to”America’s favorite vegetable” took place under the leadership of Bob Mercer, first Chief Executive Officer of the Potato Board. From the early 1970s Bob led the team that developed the first nutrition label for a produce item and went on to educate consumers about the outstanding nutritional values of potatoes. Today it’s hard to find a person who doesn’t know “it’s not the potato, it’s what you put on it.”

Bob grew up on a farm in Alberta, Canada, and later earned a bachelor’s degree in physics from Brigham Young University and a master’s degree in agronomy from the University of Maine. His first job after graduation was in agricultural research at U.S. Steel.

He managed R.T. French’s raw products division for over 15 years, serving with distinction on numerous commissions and boards. The Governor of Idaho gave him the award of highest merit for his work on the State Potato Advisory Committee.

For 22 years he headed the National Potato Promotion Board, representing America’s potato growers. Under his leadership the Board became an example of outstanding commodity promotion, studied in business schools and emulated throughout the industry.

In addition to turning around the image of potatoes in the U.S., another of his major accomplishments at the Potato Board was initiating the export program which has significantly increased demand for U.S. potatoes overseas. On his many trips in the U.S. and overseas, his personal charm (and his wife Bev’s) won numerous friends for the U.S. potato industry.

After retirement from the Board, Bob and Bev spent two years heading an LDS mission on the West Coast of Africa, where they no doubt created many more potato lovers along with their other good works. A past president of The Potato Association of America, Bob is most respected for his leadership style which combines commitment to the industry with caring for the individual. 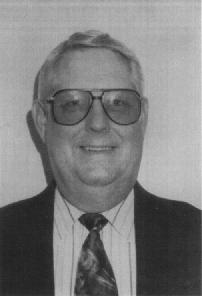 Robert L. Sanders is a native of Murray, Kentucky but grew up in Knoxville, Tennessee. He completed a B.S. in Agriculture at the University of Tennessee in 1962, one year after marrying Shirley Steele of Harper, Oregon. After a short association with the U.S. Forest Service, Bob and Shirley established a diversified farm at Harper in 1964 and produced potatoes, corn, hay, grain and beef cattle until 1989 when Bob assumed his current position as President of the Pacific Northwest Potato Trade and TariffAssociation in Portland.

Bob has vigorously contributed to his community and the agricultural industry throughout his career. He served as President of the Malheur County Ag Committee and Malheur County Potato Growers Association, as with state and local committees and agencies not directly related to potatoes.

Bob’s contributions have not gone entirely unnoticed. He received the Golden Potato Award from the National Potato Council (NPC) in 1986, was named Potato Man of the Year by the Packernewspaper in 1987 and was presented with a Distinguished Service Award by the Oregon Potato Commission in both 1989 and 1991.

Robert Sanders has been an especially important player in U.S. potato research and an anonymous benefactor to scores of PAA scientists. As NPC Vice President for Governmental Relations, Bob was charged with developing a national potato research initiative addressing priorities identified by an earlier grower survey. He rose to the challenge and, in concert with NPC colleagues, the PAA executive committee and selected members, he identified 45 scientists to write nine nationally-oriented research proposals. He then collated the proposals into a national research initiative for consideration and approval by the NPC. While most considered a new, nation-wide research initiative to be little more than a pipe dream, and some NPC members actively opposed the concept, Bob steadfastly carried the proposal over all hurdles. He then presented the NPC-sponsored program to various federal agencies, including the House and Senate Subcommittees on Rural Development and Agriculture, in a search for funding. His efforts were rewarded with first-year grants totaling $1.2 million in 1988 and a total of more than $12.5 million since. Many PAA scientists are currently indebted to this NPC/USDA competitive-grants program and Robert Sanders for much of their operating budget.

In recognition of his tireless efforts on behalf of the potato industry and the scientists who serve it, it is an honor and privilege to present Mr. Robert Sanders for Honorary Life Membership in The Potato Association of America.