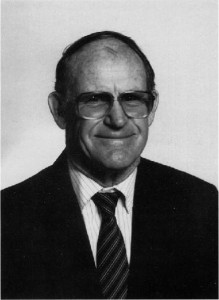 Don Kichefski was born and raised on a dairy farm in Rhinelander, Wisconsin area. He attended public schools (through high school) in the Rhinelander area. In October 1951, Don left the family dairy farm to work for the Wisconsin Potato Breeding program. During the first three years with the breeding program, Don attended the Farm Short Course offered by the College of Agricultural and Life Sciences, University of Wisconsin-Madison.

Essentially Don had only one career. For forty years, Don was manager of the UW-Lelah Starks Potato Breeding Farm at Rhinelander, Wisconsin, working first with Dr. Gus Rieman and later with Dr. Stan Peloquin. In this role, Don had sole responsibility for the day to day operations of the breeding farm, a role which required combining hard work and long hours with often limited resources in order to make it all work. His dedication, capabilities and competence soon led to an increased role for Don in the Wisconsin breeding effort. Don became responsible for the actual potato crosses and data collection at Rhinelander. He assisted in the evaluation of this material and in the selection of those lines to be advanced. Don was also responsible for Wisconsin’s participation in the North Central Regional trials. This entailed sending and receiving seed samples to and from other cooperating states, planting and harvesting the plots and collecting and summarizing the necessary data. He also assisted with the Wisconsin Variety trials. Don also kept himself informed of variety development across North America by keeping in contact with other breeding programs. He often attended annual PAA meetings mainly to hear specific papers and to meet and talk with potato breeders from North America and other countries. All of this activity allowed Don to make important contributions in the area of variety development. He had a significant role in the development of such varieties as Wischip, Rhinered, Langlade and most notably Superior and Snowden. Both Superior and Snowden have had significant impacts on the nation’s potato industry.

Don also made significant contributions in the area of training graduate students. Many graduate students would spend summers at Rhinelander pursuing their individual research efforts. Don cooperated fully with these students and he became a mentor for many of them. He helped them develop good, solid field plot techniques and taught them the “art” of potato breeding. Perhaps his greatest contribution in this area was teaching the importance of critical observation which forms the basis of good evaluation and selection techniques. His mentoring work with graduate students has had subtle but significant impacts on potato research both nationally and internationally.

Finally Don contributed significantly in the area of outreach to the potato industry particularly with Wisconsin chip processors and seed growers. He willingly shared data and varietal information both within and outside of Wisconsin. Don was particularly amenable to providing seed of advance selections to both seed growers and chippers so that evaluations could be obtained in a more commercial setting. Don worked closely with chip processors to insure that new selections would meet their needs for high solids and chipping directly from storage. In latter years, he began developing and evaluating russet selections. Don always participated in the annual meeting of the Wisconsin Seed Potato Improvement Association’s to report on varietal development. Seed growers valued Don’sjudgment and respect to the potential of new selections whether from the Wisconsin breeding program or from other programs. In a sense, Don was Wisconsin’s most knowledgeable source of potato variety information, an important contribution to Wisconsin’s seed industry.

Wisconsin has had and continues to have a very successful potato breeding and variety development program. This program has benefited both the Wisconsin and North American potato industries with new varieties, has willingly shared varietal information and seed and has been significandy involved in training potato breeders. The success of this program has been due, in large part, to the quiet, hardworking and very dedicated Don Kichefski. 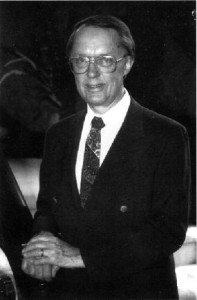 “It was destined that I was to work on potatoes. My father grew them in Delaware. My mother mashed them for my first solid food. The first assignment of my first job was to roll five drums of potato starch waste into the pilot plant where we were working.” Miles Willard opened a presentation on “Potato Processing: Past, Present and Future” with these words describing his lifelong commitment to the food processing industry.

The road to success was not an easy one. Miles began life in a tough industrial suburb of Philadelphia in 1924. At the age of six his father lost his job and the bank with the Willard family life savings failed. This was the beginning of the Great Depression, and every member of the family was needed to help survive. Miles remembers well peddling his mother’s homemade cinnamon rolls for ten cents a dozen. Throughout the Depression the family subsisted on potatoes, in one form or another, for every dinner.

A frail youngster, Miles enjoyed chess and always had a book in his hand. He also developed a fine tenor voice which he exercised enthusiastically in the church choir. Even at this tender age it was obvious that Miles would go far. Despite his grandfather’s firm belief that six grades of school were enough for any boy, Miles pursued his dream of a higher education by attending Drexel University. It is typical that on the day he received his degree in Chemical Engineering he was also the tenor soloist in the Commencement program. From that day forward, his work in the food industry parallels his involvement with music.

He started his successful career with the Eastern Regional Research Laboratory of the U.S. Department of Agriculture. While there, he became the co-inventor of the process for manufacturing potato flakes by a direct drum drying process. This was the first step towards his destiny with the potato. Miles and his co-inventor received the prestigious Industrial Achievement Award from the Institute of Food Technologies for the development of this process. Leaving behind his work at the USDA, his career as a professional oratorio soloist in Philadelphia, and his studies under Marital Singher, Miles followed in the footsteps of the great explorers and “went west.” In 1955, he became the research director for Roger Brothers Seed Company, and guided them through the design and startup of the world’s first commercial potato flake plant in Idaho Falls. He continued to revolutionize the potato processing industry by using potato flakes as an ingredient for snack foods. He is often referred to as one of Keebler’s “elves” because of the popular products he developed, including “O’Boise” and “Tater Skins.”

After nine years with Rogers Seed, and several years as an independent consultant, Miles established the Miles Willard Company in 1973. The company now employs 22 food scientists, technicians and support staff, who are developing innovative product concepts, specialized equipment and consulting with the snack production and potato processing industry. The 40 inventions and patents for potato processing and snack foods, developed by Miles between 1964-94, helped to establish Idaho as the “Potato” state. Due to Idaho’s strict quality control regulations, only half of the potatoes entering a fresh pack facility pass grade to enter the fresh market. The remainder go into processing, mostly through dehydration. In eastern Idaho, more than one-third of the economy is driven by potatoes.

Miles did not abandon his musical talents while in pursuit of the American Dream. His early activities in Idaho Falls include choral directing and Lieder recitals. Shortly after the Idaho Falls Opera Theater was formed in 1977 he became the lead tenor soloist and performed 10 major roles. Miles married his frequent accompanist, Idaho Falls renowned pianist Virginia Willard, and together they remain active as both musicians and philanthropists. Miles has three children from a previous marriage, all of whom graduated from Idaho Falls High School. Nancy Willard has degrees from the University of Utah, the University of Oregon, and a law degree from Willamette, Oregon. Janice Willard lives in Moscow and has her bachelors and masters from the College of Agriculture at the University of Idaho, and a degree in Veterinary Science from WSU. David Willard also lives in Moscow, and has attended the University of Idaho.

Miles and Virginia established a private foundation which provides financial support to students in higher education. They also provide seed money to help organizations get their fund drives started, including the Idaho Community Foundation, the UI Center for Higher Education in Idaho Falls, the Idaho Falls Economic Development project “Initiative 2000,” and the new classroom building for the Eastern Idaho Technological College. In keeping with his tradition of providing educational opportunities for Idaho students, Miles and Virginia established the Miles Willard Family Endowment Scholarship. It will fund the full fees of a University of Idaho student majoring in Food Science, beginning in 1996.

Miles has said “Compassion is the ultimate measurement of your worth as a person–it doesn’t matter whether you give a nickel or a million dollars. The cumulative actions you take become your personality. When you make decisions not to walk away, those are the decisions that shape the rest of your life in a positive, happy direction.”