He began working as an undergraduate student in 1964, was hired full-time as an agricultural research technician in 1974, and was reclassified to research specialist II in 1985.

Bryce worked for many years with Dr. Robert H. (Bob) Johansen, assisting in all phases of potato breeding and development at NDSU. Bryce also contributed to the NDSU breeding program through his work with Drs. Shelley Jansky, Gary Secor and currently, Rich Novy. Bryce’s responsibilities include hybridization, extraction of I]-ue potato seed (TPS), the germination and care of seedlings and the harvest and dissemination of seedling tubers to cooperating programs in the U.S. and Canada. He also participates in the selection of promising clones, the production of virus-free seed, and the planning, maintenance and data summarization of advanced selection trials.

Dr. Johansen and Bryce developed a system which permitted the NDSU program to release cultivars quickly. This system included the extraction and immediate planting of true potato seeds, thereby bypassing the dormancy stage typical of botanical seed. Another component of the system was the transfer of promising new selections to seed producers so as to obtain feedback from them concerning the commercial merit of the selections.

Bryce played an important role in development of such cultivars as Dakchip, Crystal, NorKing and NorQueen Russet, Redsen, NorDonna, NorValley, and most notably Russet Norkotah. Russet Norkotah is the second most widely-grown russet cultivar in the U.S. after Russet Burbank.

Bryce also has assisted in the education and training of several technicians and graduate students in the NDSU potato breeding program. Bryce’s efforts in potato cultivar development have not gone unnoticed by growers and researchers. In 1989, Bryce received an NDSU Employee Recognition Award in the professional category for his exemplary research efforts.

While potatoes are a primary interest of Bryce, he also enjoys growing and breeding daylilies and amaryllis. Bryce has been a member and past president of the North Dakota State Horticultural Society.

He also has been a member of the NDSU Harvest Bowl committee since its inception. This annual event funds student athlete scholarships and recognizes outstanding agricultural producers in each county of North Dakota. Bryce is a diligent and loyal advocate for the potato industry, working behind the scenes, giving unselfishly for a crop and industry he loves. 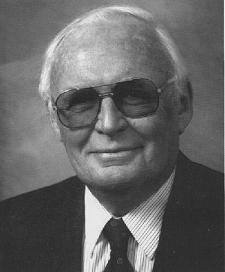 Douglas G. Johansen was born January 17, 1929 at Edinburg, N.D., where he was raised with eight brothers and sisters on a potato, small grain and livestock farm. After graduating in 1946 from the Edinburg High School, Douglas entered the North Dakota Agricultural College and obtained his BS degree with a major in horticulture and a minor in agronomy. In 1951, shortly after graduation from NDSU, Douglas joined the U.S. Army and served with the tank company 45th-lnfantry Division in the Korean War. Douglas returned to the University of Wisconsin and acquired an MS degree with a major in plant pathology.

Douglas developed a free bird attitude in the business world. He enjoyed being his own boss as early as 1953 when he owned and operated a fresh potato pre-peeling and french fry business for local restaurants, drive-ins, and institutional trade at Billings, Mont. Undoubtedly, Douglas had a great compassion for the Red River Valley people. In fact he had proven that he had a much greater compassion for the North Dakota farming community and for the North Dakota Seed Industry by Working in the State of Minnesota as a plant pathologist for the potato program for only three years. Douglas’s love to work independently propelled him away from the Minnesota Seed Certification Program. He started working for the North Dakota State Seed Department in 1971, where he is still today actively participating in many activities of the seed program, including the Florida winter test.

Douglas was the new kid on the block when he joined the North Dakota State Seed Department. With such an education he was ready to take on new challenges. Early in his young career he established a laboratory and technical assistance program for the potato seed program in Minnesota. He cooperated with Howard Bissonette in developing a stem cutting program for potato seed stocks. Such a program was commonly referenced as one of those efforts which helped in saving and maintaining seed lots that are clean of Verticillium wilt, a very serious potato problem at that time. Today, the Verticillium wilt disease nursery located on the Potato Research Farm near Grand Forks, N.D., is one-of-a-kind.

For the last decade, Douglas has proudly fulfilled the responsibilities of the Seed Commissioner at the North Dakota State Seed Department. Although, Douglas worked behind the scene, participated in line selection and variety development, he was always shadowed by the accomplishments of his older brother, Robert (now deceased), who was internationally known for his accomplishments as a potato breeder. Douglas gained and received the respect of his colleagues in the seed certification industry. In addition, over the years he uplifted the North Dakota Potato Seed Program by establishing one of the best and most modern laboratory and greenhouse facilities in the north central region of potato production. Douglas developed the seed stock stem cutting program for seed potatoes at Beach, N.D. He was instrumental in establishing and preserving the Potato Seed Controlled area of Cando, N.D. Douglas kept a watchful eye on the ever changing trends in the potato industry. He was and still is a great resource about news in the industry to many affiliates of the potato industry in the Red River Valley and nationwide.

Douglas was assigned the responsibility to direct the North Dakota State Seed Potato Programs in the early 1970s. He rebuilt and led the potato inspection team and managed to preserve the North Dakota Seed Program as one of the best seed programs in the nation. Douglas gained the trust of North Dakota seed growers and is a great promoter for the North Dakota Seed Industry. For three decades, Douglas participated in numerous potato related activities, nationally and internationally. He was instrumental in securing firms to build Johansen Hall, where he was the chairman of the building committee. The $2.2 million facility was completed and in operation in 1993. He served as the chairman of the Potato Seed Certification Section in 1976 and also served as vice chairman and director. 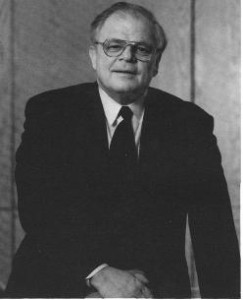 Ronald Offutt was born in Orrick, Mo., and shortly after moved to Moorhead, Minn., where he grew up on the family farm and attended Moorhead schools. Upon graduating from high school, Ron attended North Dakota State University for one year, then transferred to Concordia College, Moorhead, where he graduated with a degree in economics.

After graduation, Ron began expanding the family potato growing operation. This expansion focused on the lighter sandy soils of central Minnesota and laid the foundation for the diverse agribusiness company that was to follow.

In a joint venture with Lamb-Weston Foods Corporation, Offutt owns and operates a major frozen potato processing plant in Park Rapids, Minn. This plant utilizes 40 percent of the potatoes produced in Offutt’s farming operations. In addition, Offutt sells potatoes from its farming operation to every other major manufacturer of frozen potato products in the United States.

In late 1989, Offutt purchased the Pillbttry potato dehydration plant located in Grand Forks, N.D. The purchase of this plant allows the Offutt organization to be the only potato processor in the U.S. operating facilities that include all the major types of potato processing. He also has been partial owner of the Barrel O’ Fun potato chip business at Perham, Minn.

Ron is the chairman of the board of regents of Concordia College and is on the board of directors of American Family Business, the National Potato Promotion Board and First Bank Fargo. Ron also serves on the board of Hi Plains Corporation, one of the country’s largest producers of ethanol. In May 1998, Ron received an honorary doctorate degree from NDSU.

Offutt also recently received the 1998 Entrepreneur of the Year award in the master division in Minnesota, North Dakota and South Dakota and will now compete at the national level.