Philip B. Hamm came to the Hermiston Agricultural Research and Extension Center (HAREC) in 1990 as an Extension Plant Pathologist. For the 18 years prior to that he worked on Oregon State University’s main campus; concentrating on diseases of conifer seedlings. The opportunity to build a new plant pathology facility and program and to work on things “he could eat” was too good of an offer to turn down. So he applied and was selected to build this new program. He transformed an old milk barn into a modern plant pathology laboratory, later added additional laboratory space and a greenhouse, later added a large temperature controlled dirt lab/work area for his silver scurf research and still later was the force behind the building of two large screen houses to allow for research on important potato diseases in a “field” situation, that couldn’t be accomplished any other way. These additions to the HAREC were done to increase the effectiveness of the plant pathology program, better serve growers and fieldmen, and represented nearly $250,000 in improvements.

While providing agricultural information was a primarily focus of Hamm’s position, he realized that there was a need to provide new research based information. Given that potato is the most important crop grown and there were many diseases where information was needed, directing effort in this area was natural. Since 1995, his level of accomplishment has been outstanding. Just in potatoes, he has co authored or authored 50 referred journal articles, 24 other reviewed research publications, 3 regional extension publications, was technical editor of “Integrated Pest Management for Potatoes in the Western United States”, co-authored 6 book chapters, 3 papers in professional meeting proceedings, and 65 abstracts presented at professional meetings. In 2005 he became the ½ time Superintendent of HAREC but he has not let that responsibility reduce the plant pathology effort in potatoes, and has secured funding to add staff to his program to ensure the necessary work continues.

The above accomplishments are even more telling when one considers his position to be 100 % Extension. His belief that an effective extension program is built on providing new research information can be seen in what he has accomplished in that venue. Again, looking only at potatoes, he has authored or co authored 3 reviewed regional extension publications, 115 articles in clientele conference proceedings, 33 trade journal articles, 83 regional publications, 12 county publications, and many news releases and articles in other agricultural and other news media. In addition, since 2008 has written the monthly “potato disease quiz” in Potato Country Magazine. During this time he has also given over 254 presentations dealing with potato diseases in Canada, across the US and regional potato grower meetings, to more than 27,813 attendees. The research that Hamm and his colleagues have been involved with has contributed significantly to the understanding and control of a number of potato diseases. In particular new information dealing with late blight, Fusarium dry rot, silver scurf, Verticillium Wilt, Potato Leaf Roll Virus, and Potato Virus Y (PVY) and strains of PVY. In addition, Hamm has been involved significantly in the understanding the importance and use of soil fumigants, and how they should be applied, as well as understanding how the application of fungicides impacts disease control. While all these publications provided new information, many show innovative thinking by Hamm and his colleagues.

Through these years Hamm has also been an active participant in PAA. He has been a member of the Plant Protection and Extension sections, and served as secretary, vice chair and Chair of the Extension section (2002–2004). He served on the Board of Directors between 2006 and 2009, and served as the senior editor “plant pathology” of AJPR between 2005 and 2009. Hamm served as co-chair of the local arrangement committee for PAA’s annual meeting in 2010 in Corvallis OR. Hamm has also been a reviewer of articles in AJPR since 1997. Hamm has also been active in WERA-089 (formerly WCC-89; potato viruses), serving as secretary, Vice-chair, and Chair (1998–2002). He has served his profession with integrity, dedication, and with professionalism. 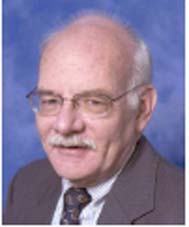 Dr. David Howell Lambert has roots in Pennsylvania where he received both his M.S. and Ph.D. degrees from The Pennsylvania State University. In 1986, David joined the University of Maine, since 1992 he has been an Associate Professor of Plant Pathology.

When David joined the University of Maine some of his initial work focused on potato scab, which yielded substantial scientific findings. In 1989 David identified and named a new bacterial species of Streptomyces calling it acidiscabies, known as acid scab. In the 1990’s David was the lead for much of the identification, classification, and taxonomy work on potato scab. David played a key role in developing control measures for the disease with trials that demonstrated the relationship between calcium and common scab. The significance of David’s potato scab work speaks for itself in that it has been cited in excess of 300 times. In the early 1990’s, as new A2 strains of the late blight organism became prevalent in North America, David played an instrumental role in developing new control strategies. David pioneered the work demonstrating seed management and the transmission of late blight. Also in the early 1990’s David began to focus a portion of his research program on pink rot, which was becoming of greater economic importance to growers. In 1994 David published the first report of metalaxyl-resistant pink rot occurring in North America. While David’s appointment at the University of Maine is research based, he is very involved and well respected for his “hands-on” extension-based activities as well. Maine potato growers know David well as he is known to make many farm visits to discuss disease concerns and control strategies with growers. David has a way of making growers feel at ease and confident in his sound advice. One highly successful Maine seed grower is quoted as saying, “Dr. Lambert is quick and thorough in his diagnosis and when he gives us a prognosis, you can literally bet the farm on it.”

David is well known for his collaborative nature, working closely with research, extension and industry personnel as a team player on projects too numerous to mention. He has always worked quietly behind the scenes to provide sound pathology research needed to move our industry forward. David’s dedication and devotion to his work is admirable. His work ethic is unbelievable, he can be found in his office, field, or lab 7 days a week and at all hours.

David has been an active member of the PAA, attending many annual meetings. When the PAA annual meeting was held in Maine in 1995 David a key organizer of the gathering. David held the office of treasurer for the organization from 1998 to 2001. David’s tireless public service efforts have not gone unnoticed by others. In 1995 he was recognized by the Maine Potato Board with the President’s Public Service Award for his efforts in helping the industry manage late blight. Then in 2005 David’s service efforts were recognized when he was the sole recipient of the prestigious University of Maine Presidential Public Service Award.

David and his wife Sue, a cell biologist, reside in Orono. They have two grown children, Christine and Griffith. David has announced plans for a phased retirement starting in the fall of 2012. David’s retirement will leave a void in the Maine Potato industry and beyond. It will only be in David’s absence that we will realize the full extent of all of the potato pathology contributions that he has made in the last 25 years. 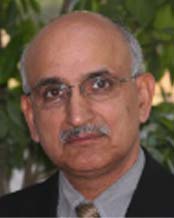 Dr. Jiwan Palta grew up in the small farming town of Barnala, located in the Northern Indian state of Punjab, known as the bread-basket of India. He worked in agriculture from an early age, growing up on his family farm and raising various crops including potatoes, wheat, corn, sugarcane and cotton. He attended Punjab Agricultural University (PAU) while the world-famous breeder Norman Borlag was introducing high yielding dwarf wheat at this university; this discovery led to the Green Revolution and the solving of India’s food problem.

Over the last 36 years Palta has conducted pioneering and innovative research, spanning from molecular and cellular levels to whole plant and field studies. He has made landmark research contributions in the area of physiological and genetic mechanisms of plant cold hardiness, plant cell membrane function in relation to environmental stresses, potato tuber quality in relation to calcium nutrition, fruit ripening and senescence and shelf life of food crops. His record includes 51 invited talks and several keynote addresses at national and international symposia, 141 refereed publications, 33 chapters in international conference proceedings and numerous grower magazine and trade journal articles. 13 MS and 14 PhD degrees have been granted to graduate students under his supervision, and 12 Postdoctoral scholars have worked in his program. The highlights of his research accomplishments include developing and successfully implementing strategies for breeding for improved frost tolerance; his revolutionary discovery of tuber roots that redefined the concept of how to improve tuber quality, through the use of potato calcium nutrition; and his discovery of natural lipids as bioregulators. These findings have led, in large part, to the development and commercial use of liquid calcium products by the potato industry.

During the past 6 years his effort has lead to the development of a simple, affordable and locally available technology to improve the production of native potatoes in the Peruvian highlands. In 2004 he was named Researcher of the Year by the American Society of Horticultural Science, and was elected as a Fellow in 2006 by the same society. Jiwan has been active member of PAA over the past 25 years. This includes authoring over 70 presentations at Annual PAA meetings since 1991, and serving as the chair of both the Physiology and Breeding sections of the PAA. In 2011, he organized and chaired a PAA Symposium on Breeding for Sustainable Production in a Changing Climate Scenario. The nomination team is pleased that the PAA is recognizing Jiwan Palta as an Honorary Life Member.