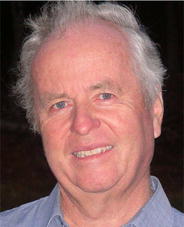 Robert H. Coffin earned his B. Sc. (Agr) from Macdonald College, McGill University (Agronomy) in 1971, his M.Sc. from MacDonald College, McGill University (Horticulture) in 1973, and his Ph.D from the University of Guelph (Horticulture, Plant Pathology) in 1977. His thesis title was “Plant configurations, tolerant cultivars and carrot root exudates in relation to etiology and epidemiology of rusty root disease in muck grown carrots.”

Robert is considered to be a potato guru in Eastern Canada. During his 31 year career, he has worked on a wide range of potato issues, including: potato breeding; resistance to cold temperature sweetening; potato viruses; evaluations of genetically modified potatoes; irrigation practices; storage management and evaluations of efficacy of new pesticides. Robert’s work addresses problems or issues that directly affect potato growers and through his work gives growers practical solutions that they could apply directly to benefit their farms.

Down to earth and practical, Robert is a favourite among growers. As a speaker, he is in high demand by potato growers’ organizations across Canada and in the United States. Robert has been repeatedly invited to speak to grower groups in each of Canada’s 10 provinces. His enthusiastic and animated speaking style engages growers (and scientists). Robert has an innate talent to present the sound science of his work in a way that growers can understand and trust. Robert has the respect of his peers and industry stakeholders.

While working as a potato breeder at the University of Guelph, in a collaborative program with Agriculture Canada, he released the new potato cultivars ‘Eramosa’, ‘Red Gold’, ‘Rose Gold’ and ‘Saginaw Gold’. In collaboration with Professor Rickey Yada (Food Scientist, University of Guelph), numerous scientific publications resulted from his research on varieties/seedlings with resistance to cold temperature sweetening. He has published more than 50 refereed journal articles, and 130 plus technical articles and abstracts.

Since his retirement in 2009, Robert continues to be intimately involved with potatoes. Robert works with his wife, Joyce Coffin (potato breeder) on their farm managing a private potato breeding project (Privar Farm Inc.). The cultivar ‘Prospect’ was developed in their breeding program and is commercially grown in Canada and USA for processing into French fries. Currently, Joyce and Robert’s breeding program is focusing on late blight resistance.

Robert has been a member of PAA for 15 years. He regularly attends and presents papers at Annual Meetings. Robert also collaborates and networks with PAA members from across Canada and the United States.

Dr. Guenthner has authored or co-authored more than 500 publications, including a book titled The International Potato Industry. He also writes monthly columns for Spudman magazine in the US and Aardappelwereld (Potato World) in Holland.

During his career he has made more than 400 presentations to growers, bankers, economists, agribusinesses and other agricultural groups in the United States, Canada, Europe, Australia, South America and Africa.

Dr. Guenthner has held Offices in the Extension and Utilization Sections of the Potato Association of America, was PAA President in 2000 and 2001 (18 months), was Symposium Chair in 1996 and is a current member of the Finance Committee.